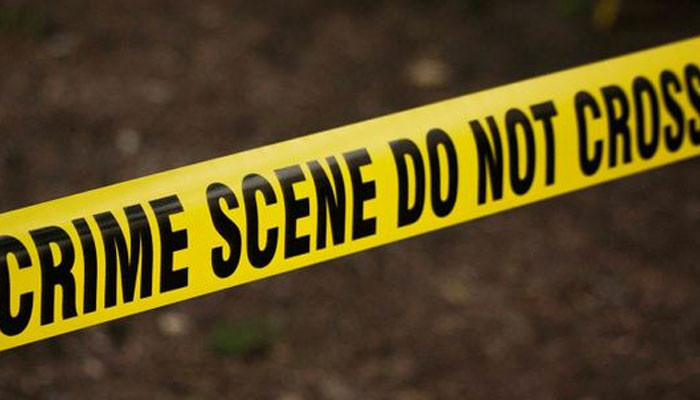 KARACHI: A four-year-old girl was killed in a theft from a supermarket in Shah Latif town in Karachi on Wednesday evening.

According to the market manager, six armed assailants entered the market around 8 p.m. and held all the employees hostage at gunpoint. The dacoits left the market after looting 78,500 rupees, he revealed.

The thieves opened fire as they left the supermarket, the manager revealed, adding that the market security guard shot them in response. During the exchange of gunfire, one of the robbers was injured.

One of the bullets injured four-year-old Harmain, who was riding a motorbike with his older brother through the area.

The injured girl was rushed to a nearby hospital, but she could not survive. His brother appealed to the government for justice.

The police registered a case under the supervision of the director and opened an investigation into the incident.

Police said they were investigating whether the bullet that hit the girl was fired by the security guard or the dacoits.

Police arrested injured suspect Pyar Ali and recovered weapons and 50,000 rupees in his possession, while the other two dacoits managed to escape.

Speaking to reporters outside the Jinnah Postgraduate Medical Center (JPMC), Sikandar Ali, the minor’s uncle, said Harmain was on her way to the hospital with her brother when she was hit by the ball. He said they didn’t know if the bullet was fired by the guard or the dacoits.

“When the incident happened, the Rangers were present a short distance away,” he said. Not finding an ambulance nearby, her nephew approached the Ranger personnel and called for help, but they refused any help.

He later took his injured sister to hospital himself, where doctors declared her dead on arrival, Sikandar said.

He called on the government to take action and arrest all culprits involved in the incident.