The British Museum has been embroiled in a racist row after a security guard asked two Muslim visitors: ‘Where’s the ticker?’ and ‘Where’s the stick of dynamite?’.

Altaf Kazi, 37, and his colleague, Umar Malik, both from Birmingham, were on a “working day” in London on Thursday when the incident happened.

Mr. Kazi, the Blood Transfusion Service’s communications and engagement manager, and Mr. Malik, the organization’s partnerships manager, were having their bags checked when the security guard questioned them in turn about the ” bombs”.

“There were four colleagues waiting in line. Two of my colleagues went before me and checked their bags, no questions asked,’ Mr Kazi told BirminghamLive.

“When it was time for me to put my bag on the table, the security man opened my bag and said, ‘Where’s the ticker?

“He then said, ‘You shouldn’t kill all mankind but save all mankind.’

The British Museum has been embroiled in a racist row after a security guard asked two Muslim visitors: ‘Where’s the ticker?’ and ‘Where’s the stick of dynamite?’. Altaf Kazi (above), 37, and his colleague, Umar Malik, both from Birmingham, were on a ‘working day’ in London on Thursday when the incident happened

Mr. Malik then showed up for his security check and was asked, “Where’s the stick of dynamite?”

In a post on his LinkedIn profile, Mr Kazi said he was stunned to be questioned like this.

“We both left totally shocked by what had been said. Literally we laughed and discussed “Did this just happen?”

“Once we got over this shock, we reported it to the information desk and spoke to management. They were mortified by what we had just experienced and reacted immediately. 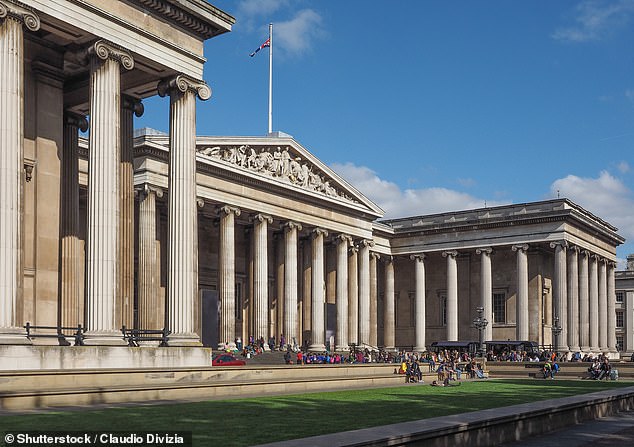 The British Museum today apologized for the incident. A spokesperson said: ‘The Museum is an inclusive space for all communities and we would like to reiterate our sincere apologies for their experience’

He added: “Another colleague saw how we responded and then told us how yesterday at a stand he was told to go back to his seat. Same shit, different day.

Mr Kazi, from Handsworth Wood, said: ‘After the incident my colleague and I discussed whether or not we should raise this issue. Then we remembered this quote: “What you are willing to exceed is the standard you accept”.

“It made us talk to the information desk and raise our voices. Even the lady on reception was mortified at what she was hearing. Our first reaction was disbelief, then it set in. We must ensure that we always report these incidents, no matter who you are or what you are doing.

“We thought if we go through this incident what does it mean to us, do we accept it? And we shouldn’t.

The British Museum today apologized for the incident.

“On Thursday, June 30, visitors to [the] The museum has been the victim of inappropriate behavior in our research center. They immediately reported the incident and a security official quickly showed up and discussed the matter with them, apologizing on behalf of the Museum.

“Although they chose not to file a formal complaint, we took the matter seriously as we do not tolerate inappropriate behavior and took prompt action to resolve the situation with the employee concerned.

“The Museum is an inclusive space for all communities and we would like to reiterate our sincere apologies for their experience.”

The exchange sparked a shocked response when shared on Twitter and LinkedIn.

Saidul Haque Saeed, community organizer for Citizens UK Birmingham, replied: “The cheeky nature of it. Not a shred of worry about the consequences of telling someone that.

Communications consultant Hasan Patel added: “British Museum, I hope you will take action and look into what happened.” Any form of racism is not acceptable.

A recent survey of public attitudes towards different ethnic and religious groups by the University of Birmingham found that Muslims are the UK’s second ‘least liked’ group, after Gypsies and Irish Travellers, with 25.9% of the UK public feeling negative towards Muslims.