An Australian Open fan has been forced to remove a shirt supporting tennis star Peng Shuai who disappeared after accusing a senior Chinese politician of rape.

Footage has emerged showing security guards and police asking a female spectator to remove her shirt during the grand slam over the weekend.

The activist’s shirt featured the words “Where is Peng Shuai?” on the back, with a picture of his face and “wanted” printed on the front.

The man filming the confrontation can be heard asking the guard “what do you suggest she is wearing?” after the woman was ordered to undress. 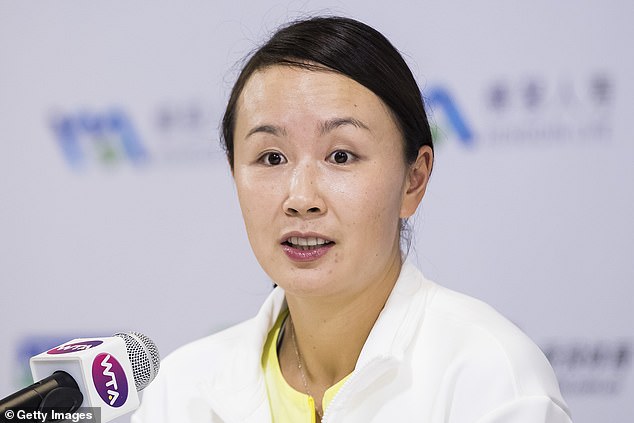 Instead of answering the question, the guard asks the man to take off a similar shirt as well.

A policeman then approaches and informs the couple that guests are not allowed to take “political slogans” into the tennis tournament.

“It’s not a political message,” replies the activist.

“That doesn’t mean voting for the Liberal or Labor party. She is a tennis player who is being persecuted and the Women’s Tennis Association has come to her defense. We are simply [reiterating] what the WTA says.

The cop said he understood what the pair were saying, but ‘Tennis Australia makes the rules’.

“I’m not saying you’re not allowed to have these views, but TA is allowed to confiscate your shirts and the banner,” the officers said, before the video cut.

Tennis Australia doubled down on its decision to ban shirts supporting Peng in a statement on Sunday.

“In our entry requirements, we do not allow commercial or political clothing, banners or signs,” he said.

“Peng Shuai’s safety is our main concern. We continue to work with the WTA and the global tennis community to clarify his situation and will do everything we can to ensure his well-being. 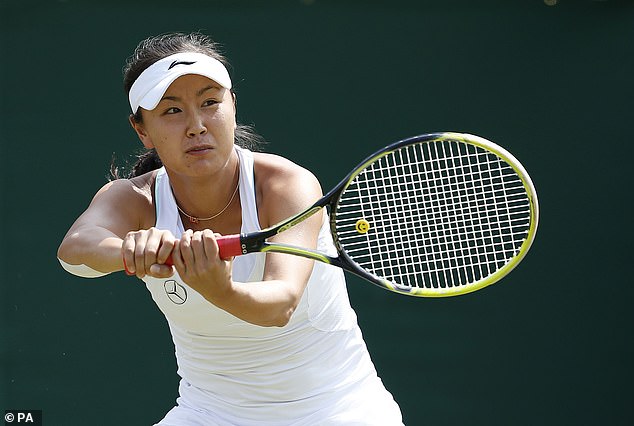 Peng disappeared from the public eye for three weeks after posting a message on Chinese social media making the allegations on November 2.

A spokesperson for Victoria Police said the force was “aware of a small number of protesters outside the Australian Open on Friday January 21”.

“As part of the Open entry requirements, nothing politically motivated may be displayed,” the spokesperson said.

“Police have engaged with customers to support security, referring to entry requirements as they leave the venue.”

A GoFundMe page was launched on Saturday to help raise money for activists to distribute Peng Shuai shirts at the Australian Open, raising over $6,640 in 24 hours.

“Why did you come looking for me again, take me to your house and force me to have sex?” I have no proof, and it would be impossible for me to keep any proof of it. You denied everything afterwards,” Shuai’s post read.

In less than half an hour, the former doubles world No. 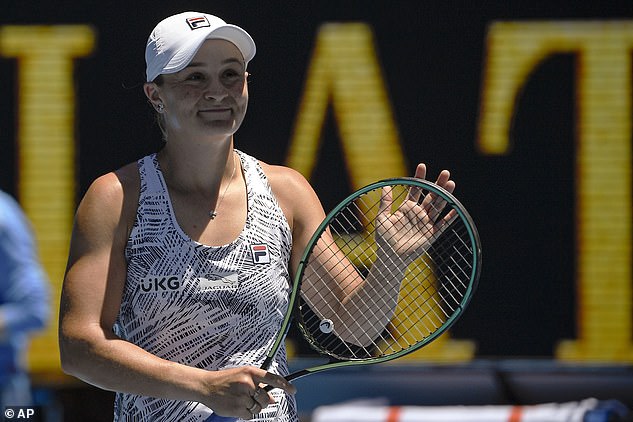 Australian Ash Bary (pictured) says she has ‘no idea’ if Chinese tennis star Peng Shuai is safe, admitting players have been told very little about his terrifying situation

After widespread fears Shuai had been silenced, with the hashtag #WhereisPengShuai online she resurfaced in December, sharing a video of herself recanting her sexual assault allegations.

Despite his reappearance, the tennis community remained alarmed at his wellbeing, with Australian stars expressing concern.

“Hopefully we’ll see her back here soon,” Australia’s world No. 1 Ash Barty said after her win on Wednesday.

Tennis bad boy Nick Kyrgios also weighed in on the situation, saying the sporting world is “forced” to speak on behalf of the Chinese star, and that “something is clearly not right there”.

“Obviously if it’s still something that’s going on, it needs to be found out and sort of, I guess, we need more awareness about it.” We can’t forget that,’ Kyrgios said.

“We have to use our platforms as athletes. I think we have to, we have to talk and, you know, get to the root of what’s happening and why it’s happening.

Women’s Tennis Association Tour president Steve Simon in December took the unprecedented step of suspending all competitions in China, saying the WTA was founded on equality for women and that Peng’s treatment was “unacceptable”. .