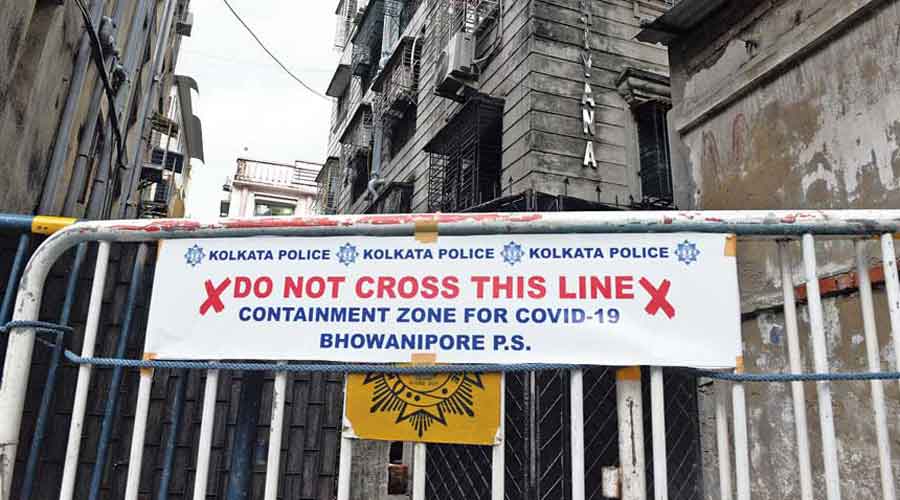 Police barricaded the entrances to some of the housing blocks on Tuesday, restricting the movement of residents and visitors. Metro tries to decode what is allowed and what is not in these complexes.

Police erected guardrails outside several housing complexes on Tuesday that have been declared microzones of containment by the state government.

â€œThe barricades are meant only for basic screening and to ensure that no one is allowed to visit or leave the affected apartment. This does not mean that other residents of the same building, who are not infected, will also be arrested, â€said Co-Commissioner (Headquarters) Subhankar Sinha Sarkar.

Different housing complexes have designed their own standard operating procedures to ensure that the affected person or families do not have visitors or go out on their own, but at the same time do not run out of resources or supplies.

In Urbana, of the seven towers, five were barricaded. â€œTowers that have five or more active cases have been barricaded. We do not allow the entry of maids or any other visitors into the apartments of these towers. Visitors or online delivery are only allowed up to the reception of the ground floor of the respective tower. The two towers, where the number of cases is less than five, have no restrictions, â€said Debjani Mukherjee, director of Urbana Facility Management.

In Silver Spring, however, only the movement of visitors inside or outside the affected apartments is restricted, said Rajesh Kumar, president of the Silver Spring Apartment Owners Association.

Sushanta Ghosh, Councilor for Ward No.108 and President of Ward No.12, said 45 people from 28 families tested positive for Covid in Urbana. â€œOnly these 28 families cannot go out, and no one can visit them. Household helpers, who work in one of these households, would not be allowed to do so for the next few days. “

Police said there were no specific guidelines for implementing the Covid protocol in addresses that have been declared as micro-containment zones.

Individual towers in some homes like Urbana, where five or more people test Covid positive, have been barricaded. However, in some others like Prasad Exotica on Canal Circular Road, the main entrance to the accommodation has been barricaded.

One apartment each at Uniworld, Akanksha Cooperative Housing Society, Sukhobrishti Housing Complex and part of Ruchira Heights are listed.

On Tuesday, the New Town Kolkata Development Authority held Covid testing camps at two of these complexes for residents.

One of the camps was held at the Ruchira Heights complex. Priyadar-shini Dutta, a resident of the complex who was tested at the camp, said her report was negative. â€œMy rapid antigen test came back negative, but I also booked an RT-PCR to be sure,â€ said Dutta, a technician.