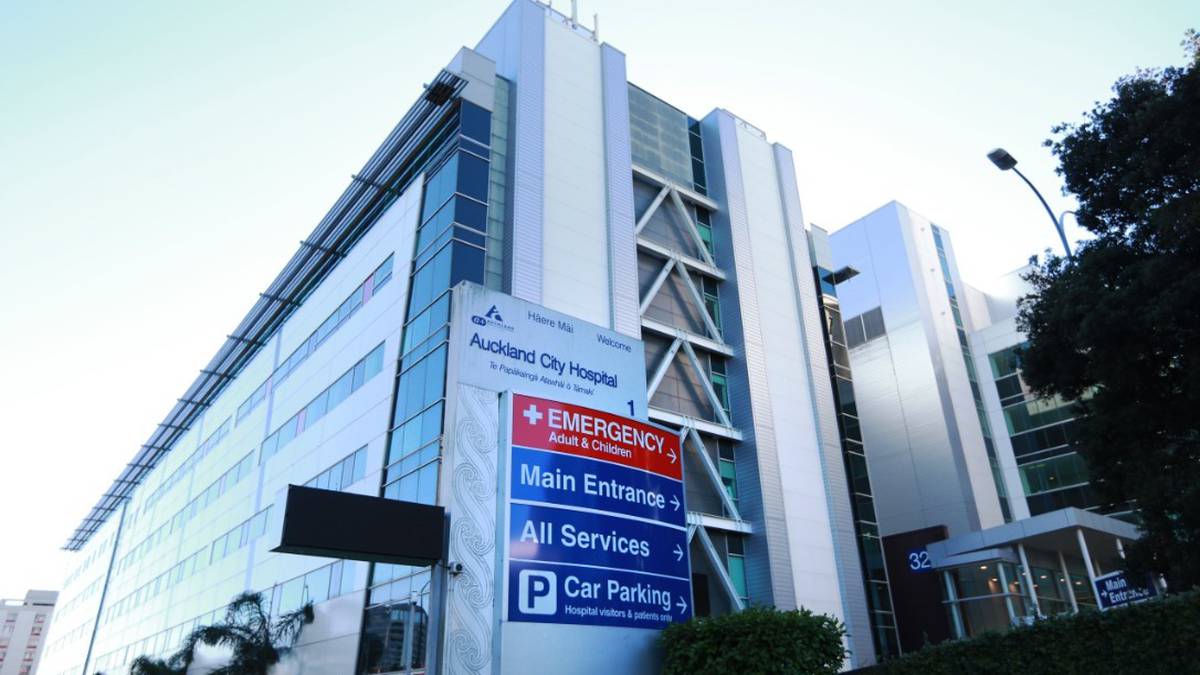 Nurses accused Auckland DHB of playing “Russian roulette” with patient safety by allowing up to 600 daily visitors to the hospital during the Delta outbreak.

The complaints include reports of a patient having sex in a shared room.

The allegations come as WorkSafe issued an improvement notice, forcing Auckland DHB to engage with its health and safety representatives.

The Herald can reveal that a letter was sent to Chief Health Officer Dr Ashley Bloomfield last Wednesday by a delegate from the New Zealand Nurses Organization (NZNO), pointing out a number of alarming breaches of health policy. visitors to the DHB, especially people presenting in groups and refusing to wear masks.

In an email seen by the Herald, Department of Health Clinical Performance Advisor Stuart Powell responded on Bloomfield’s behalf, saying he had checked with DHB and was confident he was working “in within the framework of national directives “.

It comes after the Herald last week revealed inconsistencies between the rules for visiting hospitals below Alert Level 4.

While other hospitals only allowed visitors for compassionate reasons, Auckland DHB policy allowed each patient two visitors, one at a time.

The unions say Auckland’s DHB policy was not only “dangerous and unacceptable”, but was violated every day because it was not enforced by management.

Ben Basevi, Auckland District Health Council staffing coordinator and NZNO health and safety manager, said the problem had become so serious that he was forced to put his work into practice. game for management to listen to.

“Many staff, including head nurses, have raised these issues with management over the past three weeks and they have all been shut down,” he said.

After a complaint from the NZNO, WorkSafe issued an improvement notice to DHB, requiring them to engage with their health and safety representatives.

DHB’s own health and safety representatives also issued a separate interim improvement notice giving management until next Monday to comply, otherwise WorkSafe could step in and potentially investigate.

Basevi said a DHB director met a number of staff yesterday morning who reported visitors not wearing masks, walking around different departments, intimidating staff, mingling with other staff and patients and a visitor had sex with a patient.

“One Covid patient has even threatened to withdraw unless his visitor can stay,” he said.

Basevi said there was not enough visitor surveillance and security guards were allowing groups of visitors to pass.

“It is totally dangerous and unacceptable,” he said.

The DHB director said the concerns were well founded and he would speak to senior management and consider tweaking the policy, Basevi said.

“I told them there was no time for an exam, they must act urgently. They must lock the hospital, close its doors to all visitors and have security not to let visitors in. only for compassionate reasons, ”Basevi said.

NZNO organizer Craig Muir said there were two problems – the policy was “garbage” and the enforcement was not happening.

“The visitor policy is almost impossible to enforce with lax physical distancing, visitors who don’t wear masks properly or when they should, and who regularly see bubbles mixing together.”

“They play Russian roulette with the safety of patients and staff.”

Muir said the union receives “lots and lots” of complaints from staff and hears similar concerns from patients.

“The members are extremely worried… we may have a real crisis in our hands.”

“The unions’ view is that there was no proper consultation before making the decision to allow two visitors per patient.”

“The safety of our staff, patients and visitors is a priority for us and it is a decision we have taken with great consideration, including a full risk assessment,” he said.

The changes come despite Shepherd saying earlier, “Our current approach is aligned with national guidelines on hospital visitors.”

A spokesperson for the Department of Health said in a statement last night: “We understand Auckland is working within national guidelines. We also know that Auckland DHB is connecting with the NZNO regarding its local approach, and we support this commitment. “

Meanwhile, 29 staff at Middlemore Hospital have been fired after a male patient tested positive for the virus.

Staff screened the man for Covid before his admission, but it was not known that he had been in a place of interest until the next day.

When the man fell with a fever, a Covid swab was taken.

But hospital staff called to “leave him where he was,” Health Minister Andrew Little told media.

The man then tested positive, so 29 staff at Middlemore Hospital are now considered close contacts for 14 days.

Eleven were doctors, 13 were registered nurses, two were orderlies and the rest were a phlebotomist, cleaner and room clerk.