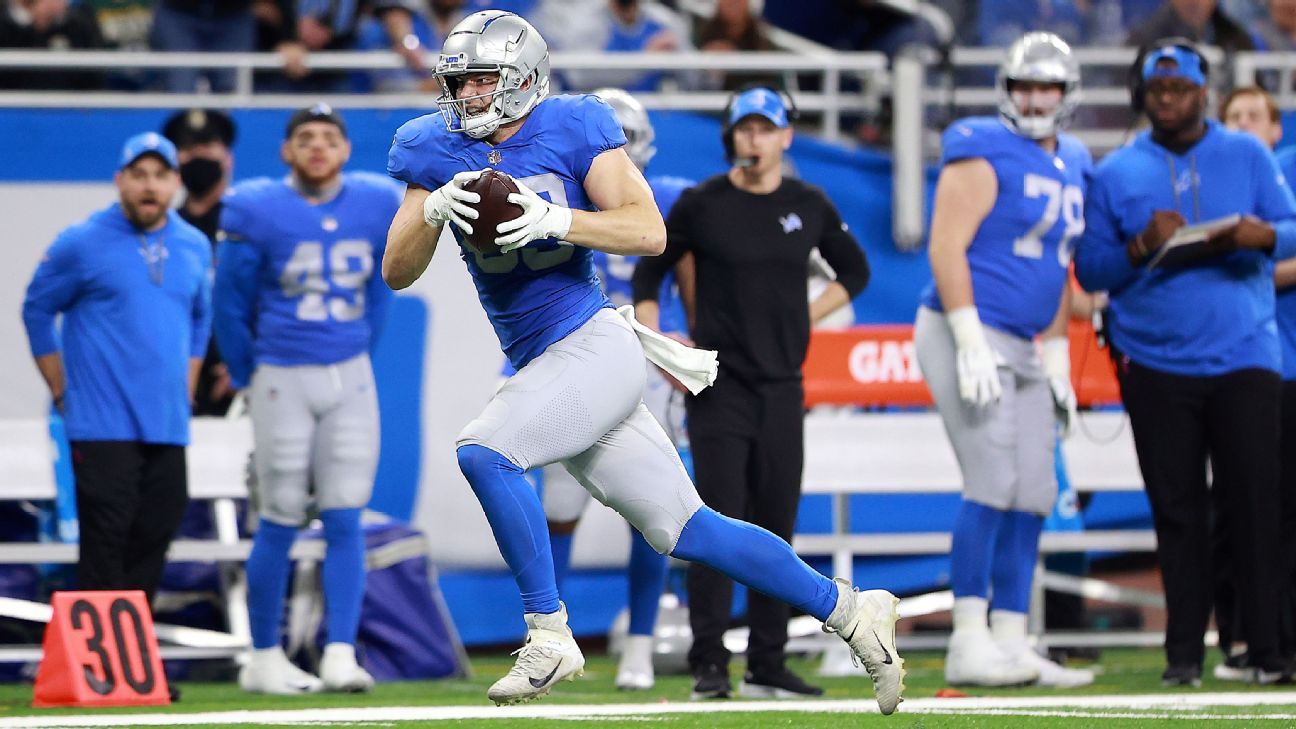 DETROIT – The Detroit Lions held nothing back in their final game of the season on Sunday, and a few sleight of hand resulted in some long touchdowns against the Green Bay Packers.

Down 7-0 at the end of the first quarter, quarterback Jared Goff handed the ball to rookie wide receiver Amon-Ra St. Brown, who threw it to wide receiver Tom Kennedy on a backhand, and Kennedy had found catcher Kalif Raymond wide open for a 75-yard touchdown.

Detroit used another rigged play in the third quarter that resulted in a 36-yard Goff touchdown to tight end Brock Wright. This time, Goff took the snap and handed it to Jamaal Williams, who handed it to St. Brown, who then sent it back to Goff, who made the touchdown pass.

the @The Lions get ANOTHER trick game! #OnePride

St. Brown then caught a touchdown pass to give the Lions a 14-7 lead, but the Packers responded as Allen Lazard caught a 29-yard touchdown pass from Aaron Rodgers. It was Lazard’s first game with two touchdown receptions. Mason Crosby missed the extra point and the Packers were down 14-13.

the @The Lions with the TRICK PLAY 75 YARD TD! #OnePride