The United States joined Athens on Monday in strongly condemning Iran’s seizure of two Greek-flagged tankers in Gulf waters and demanding their immediate release, calling the kidnappings a “threat to maritime security.”

US Secretary of State Antony Blinken and Greek Foreign Minister Nikos Dendias agreed in an appeal “that Iran must immediately release the seized vessels, their cargoes and their crews”, the Department of Defense spokesman said. ‘ Ned Price said in a statement.

“Iran’s continued harassment of ships and interference with navigational rights and freedoms pose a threat to maritime security and the global economy,” Price added.

“The United States stands with Greece, our key ally and NATO partner in the face of this unwarranted seizure.”

Iran’s Islamic Revolutionary Guard Corps seized Greek tankers in the Gulf on Friday, days after Athens confirmed it would deliver Iranian oil it had seized from a Russian tanker to Washington.

Tehran said on Saturday that the crews of the two tankers were in “good health” and not under arrest.

The crews – Greece says nine of its citizens are among the ship’s workers but did not say how many other sailors were on board – remained on board the two tankers.

A US defense official, speaking on condition of anonymity to discuss intelligence matters, told The Associated Press it appeared the two ships had approached – but not in – waters Iranian territorial forces on Friday. After the diversion, they drifted into Iranian waters. The ships had also turned off their tracking devices, another red flag, the official said. However, neither had issued a mayday or a call for help, the official said.

Greece condemned Tehran’s seizures as “amounting to acts of piracy” and warned its citizens not to travel to Iran.

The Revolutionary Guards – the ideological arm of the Iranian military – had said it had seized the tankers “due to violations”, without giving further details.

Greece said one of the tankers was sailing in international waters, while the second was near the Iranian coast when it was seized. 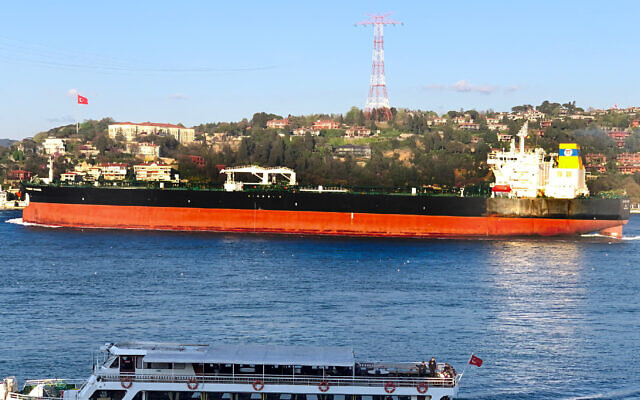 The raid marks the first major incident at sea in months as tensions remain high between Iran and the West over its tattered nuclear deal with world powers. As Tehran enriches more uranium, closer than ever to weapons-grade levels, concerns are growing that negotiators won’t find a way back to the deal, raising the risk of more war. wide.

Iran’s seizure on Friday was the latest in a series of hijackings and explosions to rock a region that includes the Strait of Hormuz, the narrow mouth of the Persian Gulf through which a fifth of all oil traded passes. The incidents began after then-US President Donald Trump unilaterally withdrew the United States from Iran’s nuclear deal with world powers, which saw Tehran drastically limit its uranium enrichment in exchange for the lifting of economic sanctions.

The US Navy has blamed Iran for a series of limpet mine attacks on ships that damaged tankers in 2019, as well as a deadly drone attack on an Israel-linked tanker that killed two operatives European crews in 2021.

Iranian hijackers also stormed and briefly captured a Panamanian-flagged tanker off the United Arab Emirates last year, as well as briefly seized and detained a Vietnamese tanker in November.

Tehran denies carrying out the attacks, but a wider shadow war between Iran and the West has been unfolding in the region’s turbulent waters. Tanker seizures have been one of them since 2019, when Iran seized the British-flagged Stena Impero after the UK detained an Iranian tanker off Gibraltar. Iran released the tanker months later as London also released the Iranian vessel.

You are a dedicated reader

We’re really glad you read X Articles from The Times of Israel over the past month.

That’s why we started The Times of Israel ten years ago – to provide discerning readers like you with must-read coverage of Israel and the Jewish world.

So now we have a request. Unlike other media, we don’t have a paywall in place. But since the journalism we do is expensive, we invite readers to whom The Times of Israel has become important to help support our work by joining The Times of Israel community.

For just $6 a month, you can help support our quality journalism while benefiting from The Times of Israel WITHOUT ADVERTISINGas well as access Exclusive content only available to members of the Times of Israel community.

Thanks,
David Horovitz, founding editor of The Times of Israel