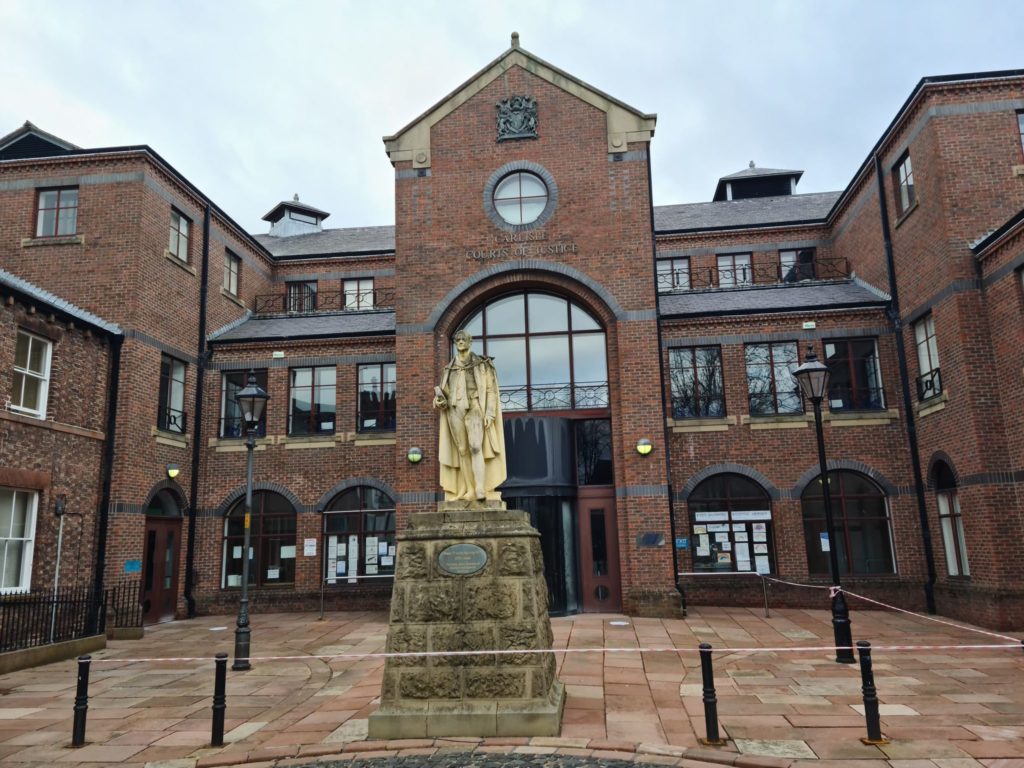 A shoplifter who kicked and punched a security guard after challenging her at the Morrisons store in Carlisle has been convicted by a judge.

Kazeem Ogunsanya was going on a break and not wearing his signature work clothes when he first saw Leanne Cassidy, 42, moving a cart full of stolen goods to the exit.

After Mr Ogunsanya picked up his hi-vis vest and returned, he saw Cassidy leaving the store with her Â£ 174 loot. She claimed that her friend had the receipt.

But as Mr. Ogunsanya tried to get her back to the supermarket, she responded by kicking him in the groin, throwing him several closed punches and trying to butt him with a head. He escaped an injury.

Sitting at Carlisle Crown Court, Judge Nicholas Barker heard about his chaotic life, his mental health issues and how a change in his medication had affected his decision making that day.

“It was a nasty attack on this security guard who behaved admirably, going above and beyond what he has to do,” Judge Barker told Cassidy. “He demonstrated what I would suggest as considerable tolerance and restraint after being introduced to a woman trying to punch, head and kick him,”

“He may have acted more zealously in his own defense, but he didn’t.”