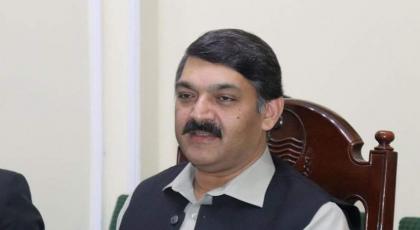 The provincial Minister of Housing and Urban Development, Malik Asad Khokhar, during his visit to the headquarters of the Water and Sanitation Agency (WASA), unveiled the mobile app and called it a important step towards public service.

LAHORE, (UrduPoint / Pakistan Point News – October 16, 2021): Provincial Minister of Housing and Urban Development Malik Asad Khokhar during his visit to the headquarters of the Water and Sanitation Agency (WASA) , launched the mobile application and called it an important step towards public service.

The minister said that all ministries are playing their role for the welfare and welfare of the people. He added that the department is being upgraded in accordance with international standards. The Minister of Housing said that now consumers of WASA Lahore can file their complaints about drainage, drinking water supply or malfunctioning pipelines with just one click from the app called “WASA Lahore” which can be accessed. downloaded from Google Play Store. He further stated that the app is in Urdu and English.

Details of the complaint would automatically be sent to the relevant SDO for which a monitoring system had been put in place, he said.

Officers would be required to resolve complaints within the allotted time, he added.

WASA Managing Director Zahid Aziz said that apart from the mobile app, a complaint can also be made by calling 1334. He added that more than 24,000 complaints registered on the Prime Minister’s portal (PM ) had been resolved. He said 35 digital centers would be established in Lahore within a year for recording complaints. The complaints were resolved by WASA within 24 hours of registration, he added.