SA Health today reported 6,091 new COVID-19 infections and three deaths – one woman in her 90s and two men in their 80s.

The number of infectious people in hospital also rose to 210 – up two from yesterday – including 12 in intensive care and two on ventilators.

The rise in COVID-19 cases has prompted 11 entire schools to switch to online learning, with classrooms remaining open only to vulnerable students or the children of essential workers.

The latest data from the department shows that as of Tuesday, 567 public school teachers and 386 support workers were furloughed for COVID-related reasons.

The number of absent students rose to approximately 7,350, representing 4.2% of the student population.

Boyer told ABC Radio Adelaide this morning that the number of closed schools has increased “a bit over the last few days”, and that more are expected to switch to remote learning before the Easter holidays.

“To give some perspective, in the context of the whole public system…it’s not a lot, but I completely accept for these schools, for these staff, these students and these parents, it’s pretty tough right now,” he said. mentioned.

“We anticipate that we are currently at the peak (COVID-19) and given that a number of schools have been added to this list of school closures over the past few days, I believe that before the end of the school term – the last day of Thursday next week – we will likely have more schools added to this list.

Prime Minister Peter Malinauskas last month rejected a call by the Australian Education Union to replace the last week of term one with student-free days to give ‘tired’ teachers more time to recover and plan lessons.

Boyer said that despite the increase in COVID-19 cases in schools, the government “is not going to send the whole system home until the next school holidays”, adding that the 15 schools currently closed have done so. at the request of the directors.

“Once we get there without hopefully too many more schools being sent to remote learning, we’re getting a bit of a circuit breaker in these two weeks and can start the next term in much better shape.” , did he declare.

Malinauskas told reporters this morning that the government was doing “everything we can to help schools and the education department get as many schools online as possible”.

“Naturally, it’s disappointing that some schools have had to resort to remote learning – it’s causing some inconvenience for parents.”

The government has said it will scrap mask mandates in low-risk indoor public spaces next Thursday, while easing quarantine requirements is also being discussed nationally.

But SA Health has no date in mind to scrap strict hospital visitation rules, which limit patients to one visitor per day in emergency, maternity, general and intensive care units, with exemptions in place for palliative care or critically ill patients.

“Visitor limits are in place across our hospital network to limit the risk of COVID-19 infection and protect patients, staff and visitors,” the spokesperson said.

“We know the importance of visitors to patients and encourage exceptions to be made on compassionate grounds.

“We thank the community for their understanding as we do everything we can to protect patients, staff and visitors from the spread of COVID-19. » 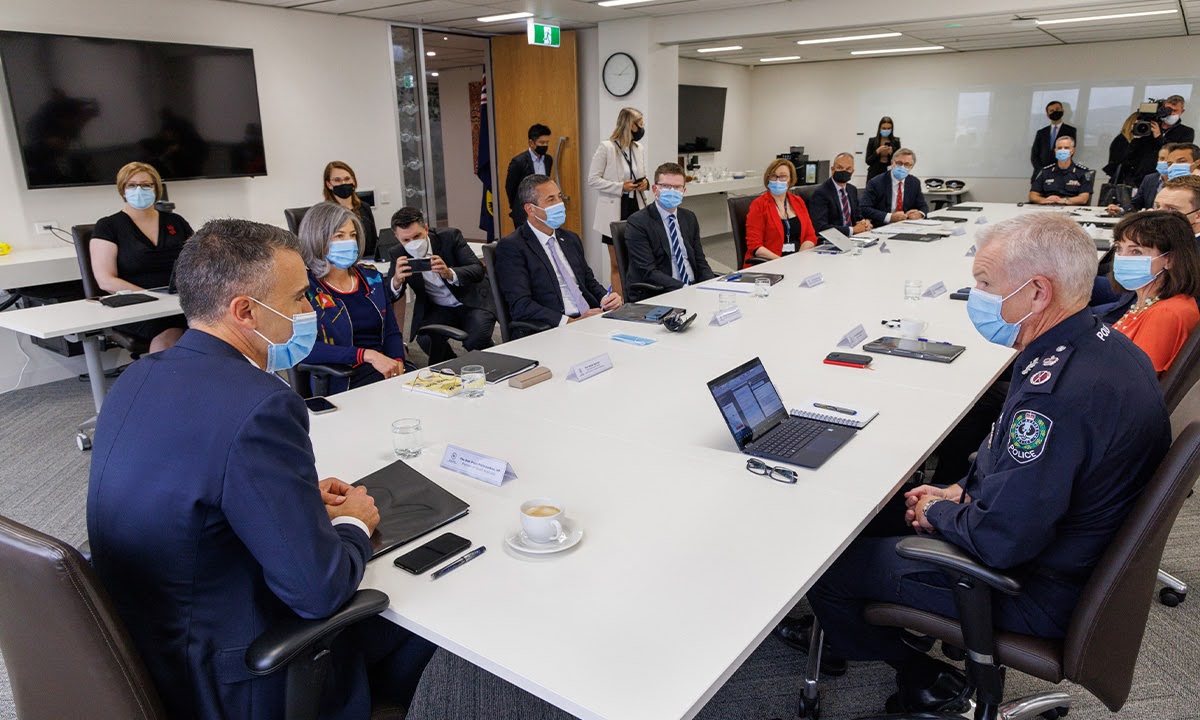 Meanwhile, the government is not releasing minutes of emergency management board meetings to discuss the state’s handling of the COVID-19 pandemic.

Days after being sworn in as prime minister, Malinauskas announced that the council, which is a cabinet subcommittee, would take over as the forum to discuss easing restrictions.

In response to questions from Daily, a government spokesman said all decisions made at emergency management board meetings had been announced publicly.

The spokesperson said the modeling of COVID-19 cases presented at the meetings had also been released.

“This is in stark contrast to the previous government, which continuously failed to release health templates and advice, which were relevant to the implementation of restrictions and close contact rules,” the door-keeper said. word.

Although the Marshall government initially refused to release the minutes of the transition committee – the forum it first used to impose and remove the restrictions – the documents were eventually made public.

InDaily asked Malinauskas’ government spokesperson if minutes of emergency management board meetings would also be made public, but did not receive a response.

Media diversity is under threat in Australia – nowhere more than in South Australia. The state needs more than one voice to guide it, and you can help with a donation of any size to InDaily. Your contribution goes directly to helping our journalists uncover the facts. Please click below to help InDaily continue to uncover the facts.