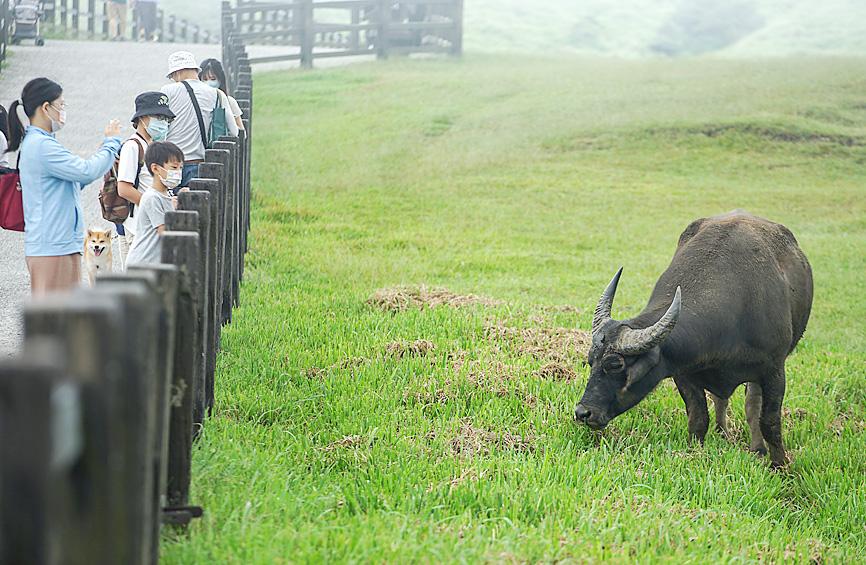 The “careless” actions of the Yangmingshan National Park headquarters have played a role in the unusually high number of wild water buffaloes that have died in the park in recent years, Control Yuan said on Friday.

A Control Yuan investigation looked into the mysterious deaths of dozens of water buffaloes in Yangmingshan (陽明山), many of them last winter, and found that the park headquarters’ response was “reckless” and ” wasted public funds ”.

Control Yuan members called on the park to take corrective action, including whether to move the animals or how to protect them in the winter.

Control member Yuan Jao Yung-ching (趙永清) said that from the start of winter last year until February, 31 wild water buffaloes have died in the Qingtiangang grassland area alone (擎天 崗) and 50 died throughout the park, 10 times more than the five who normally die each year.

The water buffaloes were previously managed by the Yangmingshan Ranch, which was affiliated with a local farmers’ association, but after the ranch closed, the remaining unclaimed water buffaloes went wild, he said.

The animals are somewhat of a tourist attraction in the park, but after a visitor was injured, headquarters put up a fence to separate the water buffaloes from the people.

This decision was misguided, because even though the fence followed the path of the fences used in ranch days, the park ignored the fact that farmers also took care of the water buffaloes and sheltered them in the winter, Jao said.

After the sudden deaths of large numbers of wild water buffaloes this year, the park has removed fences at the eastern and southern limits of the area, he said.

The construction and demolition of these fence sections cost NT $ 2.3 million (US $ 82,793), which Jao called a waste of public funds, adding that the decision-making process related to the establishment and dismantling the fences was reckless and negligent.

Control Yuan (王麗珍) member Wang Li-jen said park management should protect the natural environment and preserve biodiversity, and putting up a barbed wire fence was not consistent with these objectives.

If the park headquarters thought their decision to install the fence was correct, they shouldn’t have had to tear it down, she said.

Control Yuan members said the incident made it clear that the park headquarters was unaware that the health of the animals is directly related to climatic and habitat conditions.

They asked the office to examine the purpose of a national park as well as the animal welfare and landscape of the park by studying whether wild water buffaloes should stay in the park or be relocated, and how to help. animals when temperatures drop in winter.

They also suggested that the park headquarters better educate visitors to stay away from wild animals.

In response, park headquarters said several of the suggested measures have already been taken, including setting up animal feeding stations last month and working with vets to provide medical rescue services, as well as the placement of guardrails on more popular trails to keep visitors from approaching wild water buffaloes.

Comments will be moderated. Keep comments relevant to the article. Comments containing abusive and obscene language, personal attacks of any kind or promotion will be removed and the user banned. The final decision will be at the discretion of the Taipei Times.