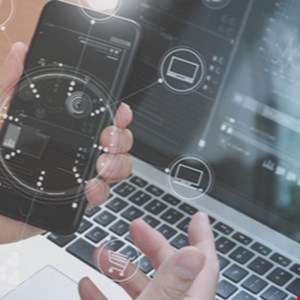 The application and security teams strive to provide users with the best high performance applications, minimal downtime, and enhanced security. But it’s when things go wrong that a business often realizes that these teams aren’t aligned enough – that’s especially true when it comes to application security. Businesses increasingly depend on applications to interact and provide services to customers, resulting in large volumes of user personal data being hosted in the application. With applications running anywhere from on-premises microservices to multi-cloud and cloud-native, combined with accelerated innovation, the need for an integrated approach to application-based security is paramount to simplify management. vulnerabilities and bridge silos between IT teams.

The speed at which IT teams must move when there is a security breach is familiar to anyone responsible for securing mission-critical applications. Every minute that passes is a minute that can cause further damage to the business, its data and its users. Yet 66% of violations take months to discover and even more to resolve. It costs nearly £ 3million to recover from a data breach, according to Ponemon Institute. And in February 2021 alone, there were 2.3 billion personal information data breaches in the UK.

It’s the immediate actions a business takes after finding a breach that can make all the difference. But because there is often not enough synergy and shared information between enforcement and security teams, they can’t act quickly enough to rectify security breaches or prevent them in the first place.

It’s no secret that apps are essential to the operations of modern digital businesses today. With so many apps in play, it’s more important than ever that they are created and managed with security in mind.

Bringing security to the inner circle

IT teams know the benefits security tools can bring to an application when integrated, although application teams may be reluctant to introduce them. Why? Teams don’t want to risk introducing performance overheads that could make the app less responsive. This is where the tension between application and security teams becomes apparent. Instead of security being built into the application, it is relegated to the perimeter.

In many cases, security tools and processes have not kept pace with other technological advancements because they have not been allowed to get close enough to the product at an early stage. As a result, it takes far too long to rectify problems when they arise. Additionally, performing periodic security audits leaves a significant amount of time for a vulnerability to negatively impact an organization. Securing your applications and delivering a flawless user experience are both necessary to keep users happy and businesses competitive. Failure to put them in place to protect application security can not only jeopardize the brand’s reputation, but also impact consumer trust and loyalty in the long run.

Security must be at the forefront of an application. Better yet, security should be application-driven. It needs to be integrated inside the app, not around it, as well as continuous and automated because apps are dynamic and change so often. At the heart of it all is real-time data that connects enforcement and security teams, rather than throwing piecemeal information over the wall without context.

This critical change will allow technologists to identify vulnerabilities within the application during production, correlate vulnerabilities and breaches with business impact, and bring application and security teams together to facilitate rapid resolution. .

Full visibility into an application provides the context necessary to determine how the security response is handled. When you can see and understand the true behavior of an application, you are able to automatically detect and block attacks and easily identify deviations. Meanwhile, when security details are correlated with application topology, it helps to apply business relevance to security threats or vulnerabilities and focus on the most important incidents. Combining security with real-time business information helps teams prioritize corrective actions based on the business context and enables them to proactively prevent incidents before they impact the end user and their experience.

For application security, time is always of the essence. Previously, spotting and remedying a threat was a process that took days of meetings between different IT teams. This is a period that, with the increasing use of applications, is not adapting well. A robust application security posture is one where teams have a single view of the entire IT fleet, real-time data about what’s happening at any given time, and information that helps them solve the most critical issues. reviews first. But it’s not just an activity to get things done faster; it is also about federating teams which traditionally did not always work in the same direction. Now they can. Everyone wants better, faster, and more secure apps. Now they can access it without compromise.