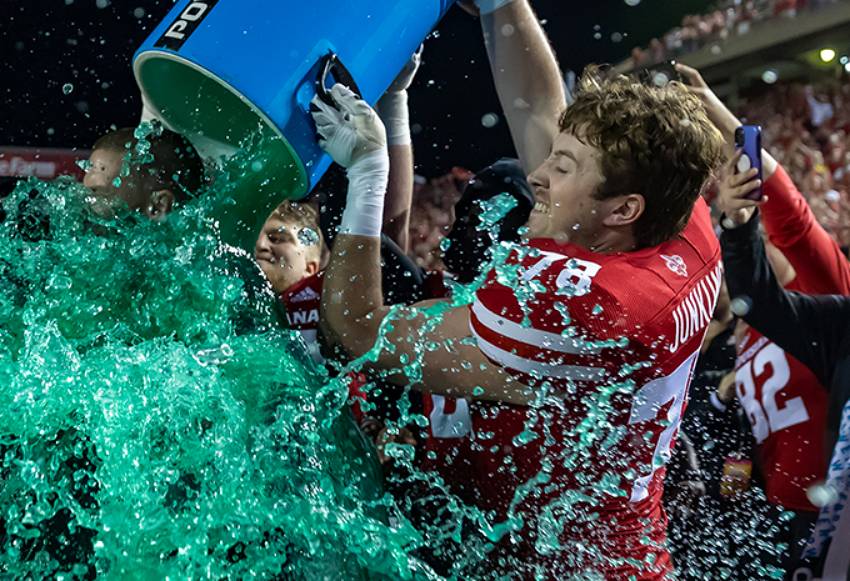 LAFAYETTE, Louisiana – In Billy Napier’s last game as head coach of the Ragin ‘Cajuns, Louisiana did something they had never done before: win the Sun Belt Conference championship in front of a record of 31,014 fans at Cajun Field.

The Ragin ‘Cajuns have never lagged behind as they earned their third straight win over App State – and their second of the season – 24-16. The victory was the 12th in a row and 12th of the year for Louisiana, the two records in the program.

The Cajuns used a nine-game, 75-yard opening practice – punctuated by a 27-yard touchdown pass from Lewis to junior receiver Michael Jefferson – to take a 7-0 advantage.

A 56-yard touchdown taken by Lewis on a quarterback option with 9:22 left in the 2nd quarter – the longest run of his college career and the longest in Sun Belt Championship football game history – pushed Louisiana’s lead to 14-0.

On the defensive end of the ball, the Ragin ‘Cajuns unit recorded four straight saves to start the game, before junior running back Camerun Peoples got App State on the board with a 43-yard touchdown with 2:38 to play in the second quarter. The people’s run capped a 75-yard six-game run for the Mountaineers.

Louisiana recovered the ball with less than a minute left in the halftime and ran 38 yards in five games to set up a 33-yard field goal by senior kicker Nate Snyder.

A methodical 15-play, 56-yard drive opened the second half for App State and ended with a 36-yard field goal by senior super kicker Chandler Staton, tying the school’s record for goals on the field in a season with 19 and cutting the lead to a possession, 17-10.

In subsequent practice, App State main linebacker Sun Belt belt defensive player D’Marco Jackson and super senior defensive back Kaiden Smith raised their hands to the Louisiana year, Montrell Johnson, in a 4th and 2nd attempt on the mountaineer’s 20-yard line, forcing a key turnover on the downs to make it a one-possession game going into the fourth trimester.

That changed at just 2:36 in the final stanza, when Louisiana freshman Emani Bailey broke free for a 35-yard touchdown to make it 24-10 for the Ragin ‘Cajuns.

In the 4th and 10th on the Louisiana 24-yard line, App State graduate student quarterback Chase Brice hooked up with super senior wide receiver Thomas Hennigan, who dove into the end zone for a App State score with 5:06 remaining. The touchdown reduced the lead to 24-16 and a failed two-point conversion attempt kept the margin at eight points.

After Louisiana failed to convert a 4th and 6th on the App State 35-yard line with 29 seconds left, the Mountaineers had one last chance to tie the game. Instead, the Ragin ‘Cajuns defense recorded back-to-back sacks from Brice. The runner-up was a backpack, with red-shirted senior linebacker Chauncey Manac getting credit for the bag, forced fumble and fumble recovery that sealed the Ragin ‘Cajuns victory.

Bailey totaled 130 yards on offense (117 rushing and 13 receiving) and one touchdown in the win, while Manac led the way defensively with six tackles, 2.5 TFL, two quarterbacks, one sack, one forced fumble. and a recovery escapement. Redshirt junior defensive lineman Zi’Yon Hill also added a pair of sacks for the Ragin ‘Cajuns.