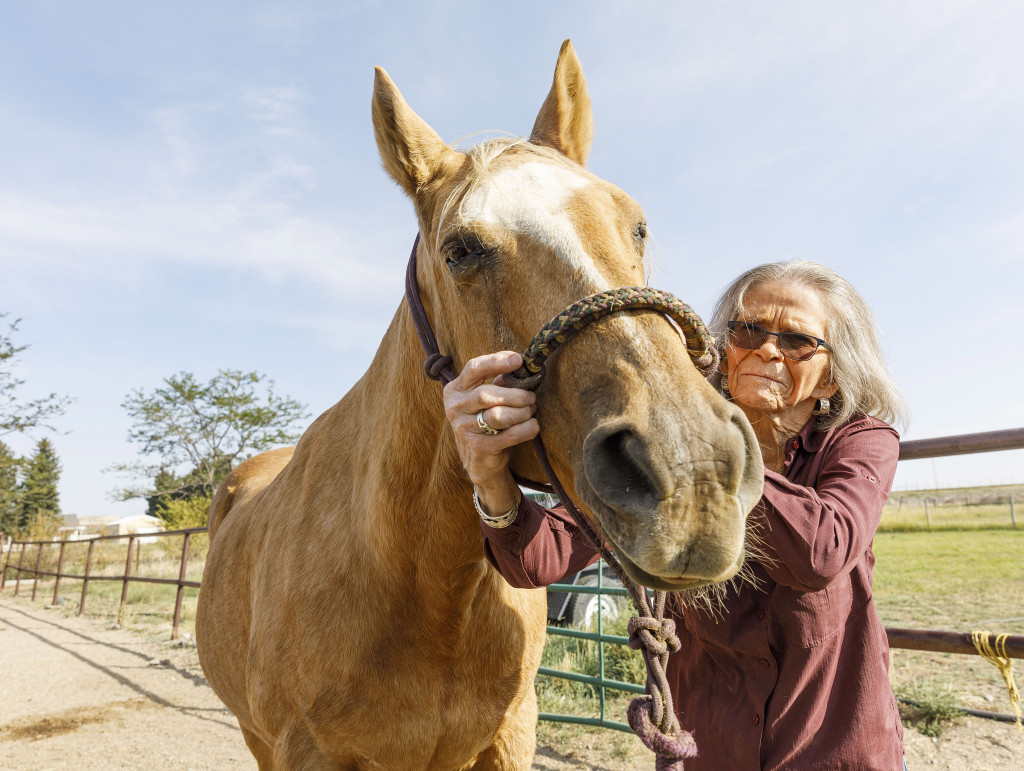 CODY – When it comes to wild horses and burros, their supporters and opponents mostly agree on one thing: none are happy with the BLM’s management of the species.

In an effort to increase adoptions, the BLM created the Adoption Incentive Program in 2019, which provides up to $ 1,000 to adopt an untrained wild horse or burro from the BLM. Under the program, adopters receive $ 500 within 60 days of adopting an untrained wild horse and burro and the next $ 500 within 60 days of the animal being titled. , about a year after adoption.

In May, a New York Times article reported numerous cases of adopter “turning over” their horses after the last of their $ 1,000 incentive was received, selling the equines to slaughterhouses or middlemen. The government requires all adopters to sign affidavits promising “not to knowingly sell or transfer the animal for slaughter or for processing into commercial products,” according to the BLM.

These practices are not new. In 1997, the Associated Press documented people adopting large numbers of wild horses that they would sell to slaughter shortly after receiving their titles. That year, The New York Times reported on a US Department of Justice investigation that found the BLM had a “don’t ask, don’t tell” policy with respect to these practices.

The BLM has not responded to comments about whether it has a way to enforce these agreements, and the American Wild Horse Campaign says it is not trying to do so.

The AWHC has also discovered cases of abuse and gross neglect of feral horses and burros by adopters who were unwilling or not qualified to provide proper care.

“I strongly urge BLM to immediately suspend this program and conduct a thorough investigation to ensure that federal funds are used to protect feral horses and burros from abuse, neglect or slaughter, as intended by the Congress, ”said US Senator Dianne Feinstein (D-Calif.) Said in response to the report.

According to the AWHC, two horses adopted by Big Timber, Mont., Resident Nathan Cumin who received a title inspection at Cody, along with 11 horses owned by Cumin and his family, ended up at the Peabody Kansas Horse Pen. This paddock has a partnership with a 501 (c) 3 who finds as many horses as possible for adoption, but the organization makes no promises about their ability to meet that goal.

Cumin said he was unaware that any of his horses ended up in a slaughter pen, but admitted to selling adopted horses to private buyers.

Park County Commissioner Chairman Lee Livingston said while he does not tolerate violating program regulations by illegally sending feral horses for slaughter, he is also not surprised that the system be mistreated.

“The people who came up with the program, I don’t know what they were thinking,” he said. “It’s ripe for abuse. “

In July, BLM’s deputy director of programs, Nada Wolff Culver, announced that the agency was taking additional steps to ensure post-adoption compliance to more closely examine potential adopters, and was increasing its warnings at barns of sale on the risks of illegal sale of wild horses and burros, among other steps.

Since the mid-1990s, Inbody has worked with the McCullough Peaks herd of wild horses.

In 2005, Inbody helped found Friends of a Legacy, a non-profit organization committed to the preservation and protection of the herd of wild horses living in the McCullough Peaks.

FOAL aims to improve the habitat of the wild horse and allow people to see the horses. She purchased 160 acres of land adjacent to the herd management area for educational exhibits, an interpretive trail, and possibly a future visitor center.

One of the most common criticisms of wild horses is that they conflict with ranching. Wild horse advocates and breeders have accused the BLM of playing favorites with each other.

A US Geological Survey study published earlier this month found that wild horses are damaging the Sage-Grouse habitat. This study is used as part of the rationale for removing thousands of free-range horses from this habitat. Advocates of wild horses took issue with the results of this study and mentioned how the number of cattle exceeds wild horses by a ratio of more than 30-1 in this country.

The ultimate question is whether horses should only be considered for their breeding potential or is it possible that the species could lead a different existence?

“I think they can exist effectively in the wild if they are managed and maintained in reasonable numbers,” said breeder Greg Flitner, who rents pasture in the horse-occupied McCollough Peaks area.

Ranching is linked to a direct economic outcome and inherently carries a lot of lobbying power, but the economic impact of wild horses is much smaller and hazy at best. Mary Scuffham, president of FOAL, said the group uses a guestbook to track the number of visitors horses receive in the McCullough Peaks, and it’s estimated around 1,000 people typically visit the horses each year. She said people from 41 U.S. states and four countries have already visited this year.

“There will be 3-4 photographers coming out of Arizona at the end of September,” she said.

Flitner said horses do significant damage to the landscape when not managed properly, eating up to 90 percent of the vegetation in some places.

“With the cattle, when we get around 40%, we move to another area,” he said. “It’s a fragile environment there.

Beef2live, a beef industry advocate, Wyoming has the fifth highest cattle-to-human ratio in the country with 1.2 million cows in the state. Livestock is a billion dollar industry in Wyoming and supports countless jobs in the state.

In 2017, the BLM issued approximately 17,600 grazing permits on public lands in 11 western states. Today, pasture permits are leased at a much lower than market rate of $ 1.35 per cow. This compares to private grazing fees which average over $ 20 per cow-calf pair, according to The Wildlife News.

The last removal of horses from the McCullough herd by the BLM was in January 2013, when 20 wild equines were removed by bait trapping. The last helicopter gathering and abduction of horses was in October 2009. According to Inbody, bait trapping is much more efficient.

“It drives me crazy to see them hustle the horses with the helicopter and (the horses) break their legs,” Inbody said.

The fertility control vaccine is administered to mares on the course and is recommended by the National Academy of Sciences for use in federally protected feral horse herds.

“It works,” longtime wild horse advocate Philyss Preator said at the Park County Commissioner meeting on June 15, adding that the average age of McCullough’s herd population is relatively old, this which will also help prevent overcrowding. “I am constantly telling tourists and tourists that we cannot have many more babies.”

Scuffham said there were always a few mares that would not respond to PZP, but overall it was “very effective” in reducing the population of the McCullough herd.

Wild horse populations were over one million at the turn of the century and Preator stated in his book “Facts and Legends – Behind the McCullough Peaks Mustangs” there were ranges of wild horses in the South and North Forks, on Polecat Bench and the Badger Bassin.

The construction of the Buffalo Bill Dam created a huge need for draft animals in the area.

Preator documented an overgrazing problem on all public land in the 1930s. In the 1940s, she said wild horses had become “pests” for local shepherds, especially after World War II when de many other horses were released. She said that from 1930 to 1960 there was such an excess of wild horses that they were collected only for slaughter.

There are about twice as many wild horses and burros in Wyoming as in 2012. Although McCullough’s herd fell to 100 in 2005, Scuffham said it was over 500 before PZP was used. . According to the BLM, the current population of this herd is 172.

Flitner disputes this number and estimates the horse population to be over 300.

Inbody wants the BLM to use the PZP on every herd of feral horses in America so the agency doesn’t have to depend on adoptions. The Park County NRMP supports fertility control measures like PZP. Livingston, on the other hand, opposes the measures because he is against all federal dollars spent on wild horses.

The PZP was first used on the McCollough herd in 2004 and the Cody BLM field office has administered fertility control through field darting in the herd management area since 2011. Inbody is a supporter of this birth control mechanism and participated in darding for a number of years.

FOAL has partnered with BLM since 2005 to improve the McCullough herd and supports the fertility control program by assisting in field darting and funding the purchase of the PZP. It also finances the drilling and maintenance of water wells and reservoirs for horses as well as for wildlife.

Scuffham said FOAL was a leader in the wild horse world for its success in coordinating with the BLM.

She said they were launching a whitewater project involving the contribution of livestock tenants, BLM staff and FOAL members to improve the location of reservoirs to encourage better dispersal of species in the McCullough Peaks. .

“This not only benefits horses, but livestock and other habitats as well,” Scuffham said.