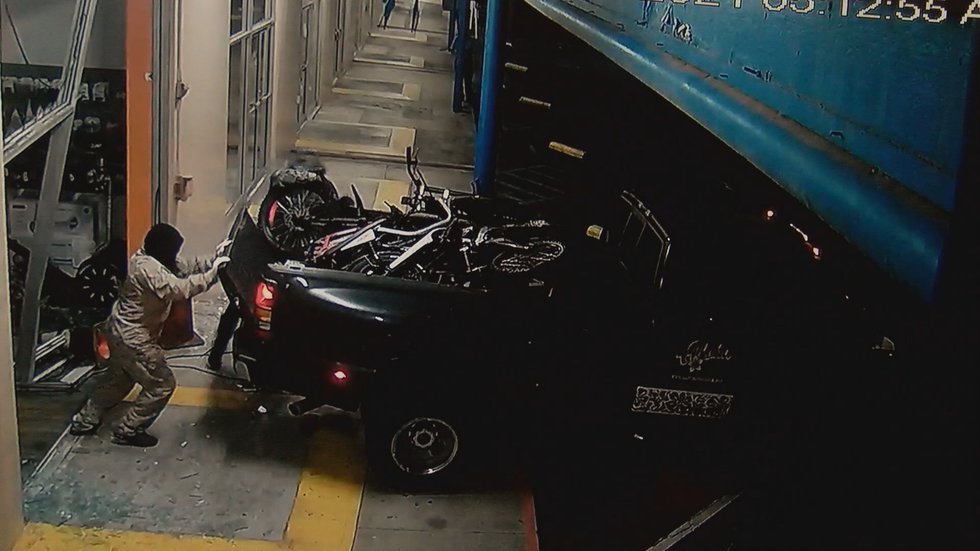 HONOLULU (HawaiiNewsNow) – Surveillance footage caught Thursday morning of a group of thieves using a stun gun on a security guard, making their way into the Segway of Hawaii in Kakaako and escaping with thousands of dollars in bicycles.

The crime occurred within six minutes, according to the timecode in security footage.

Around 5 a.m., the first thief approaches the store and puts a torch at the door. A few minutes later, a security guard arrives to investigate.

The thieves use what appears to be a Taser on the man and he runs away and calls the cops.

That’s when the group smashes the back of the van against the front of the store and flees with four bikes.

â€œThey knew exactly what they were looking for,â€ said Alan Rice, the owner. “It’s not a good situation for anyone.”

The owner said the security guard was doing fine, but the store was still a mess.

â€œThe bikes have already been promised to someone else,â€ Rice said.

â€œIt’s kind of like being the Grinch. They won’t have these gifts under the tree. It’s a horrible feeling all around.

Rice said her small business is barely surviving and a blow like this is hard to take.

He said he could use the public’s help to identify thieves. The black truck they use has special rims, a hibiscus pattern on the side and the word “aloha”.