Homeland Security approved 6,000 visas for Ukrainians to come from Europe to the United States after the road was closed through Tijuana

The Department of Homeland Security has approved nearly 6,000 visas for Ukrainians that allow them to fly into US airports and then stay with a US sponsor family, the agency said.

The visas are approved after Ukrainians fleeing war apply through an online portal called Uniting for Ukraine, launched April 25 as part of President Biden’s pledge to allow 100,000 Ukrainians to resettle in the United States. United.

But the launch of the online portal comes with the closure of Tijuana’s port of entry for Ukrainians. Many had taken the dangerous and illegal route of first traveling to Mexico on tourist visas, then camping and waiting for the Border Patrol to transport them from Tijuana to California. But on April 25, border officials began turning back Ukrainians trying to enter through this route, having previously cleared about 20,000 people at the southern border.

Unite for Ukraine is now the only way for refugees fleeing Russian aggression to apply for humanitarian parole, although some have criticized the program for its lengthy paperwork and the fact that it requires internet access. reliable to complete. 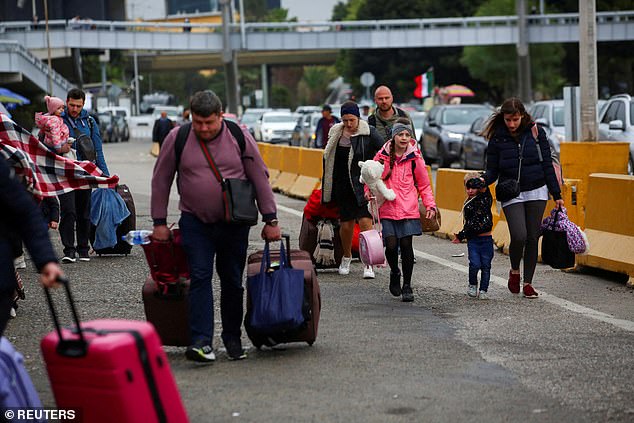 Ukrainians who have fled their homeland walk with their belongings to the San Ysidro land port of entry at the US-Mexico border April 2, before the United States stopped accepting migrants this way. 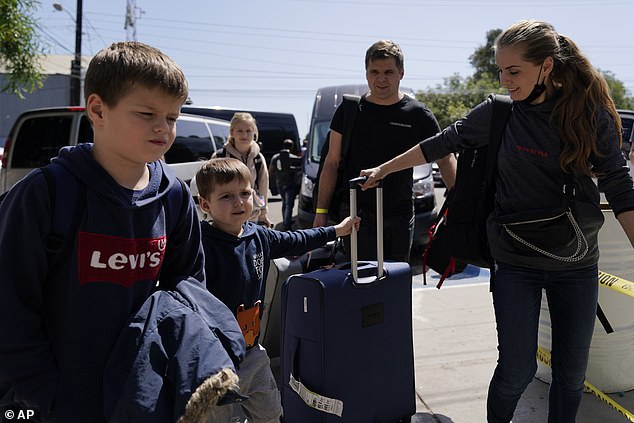 Ukrainian refugees participating in the program began arriving on Friday, DHS said in a statement.

United States Citizen and Immigration Services has received more than 19,000 applications from Americans who say they are willing to open their homes to refugees as sponsors.

Around 5.9 million of Ukraine’s 44 million people have fled since Vladimir Putin’s invasion, according to the United Nations, with the majority heading to Eastern European countries such as Poland and Romania. . 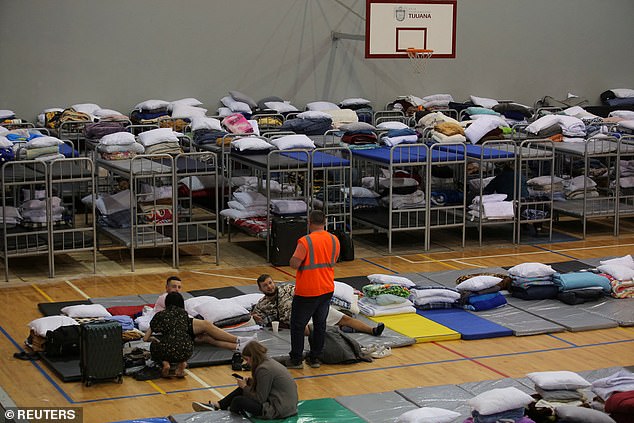 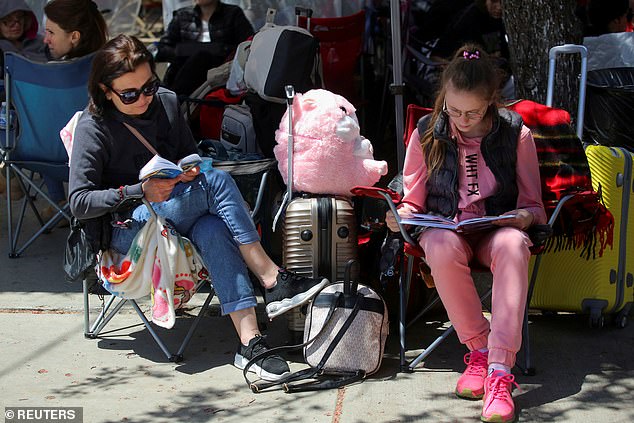 Larysa, a Ukrainian asylum seeker in the United States, reads in the Benito Juarez sports complex, set up as a shelter by the local government, in Tijuana, Mexico, on April 23

Thousands of Ukrainians rushed to the border in Tijuana just before the April 25 deadline, before the official process was set in motion. That day, the Biden administration reintroduced the Title 42 health order for Ukrainian refugees, halting entries into the United States without prior application.

The Biden administration had tried to end Title 42 starting May 23, but that move was blocked by a federal court amid lawsuits from states that say ending the immigration restriction at the era of the pandemic will exacerbate the onslaught of migrants on the southern border.

A record 2.4 million migrants have come into contact with agents at the southern border since President Biden took office in late January 2021. In March, 221,000 migrants were apprehended, a record of nearly 20 years.