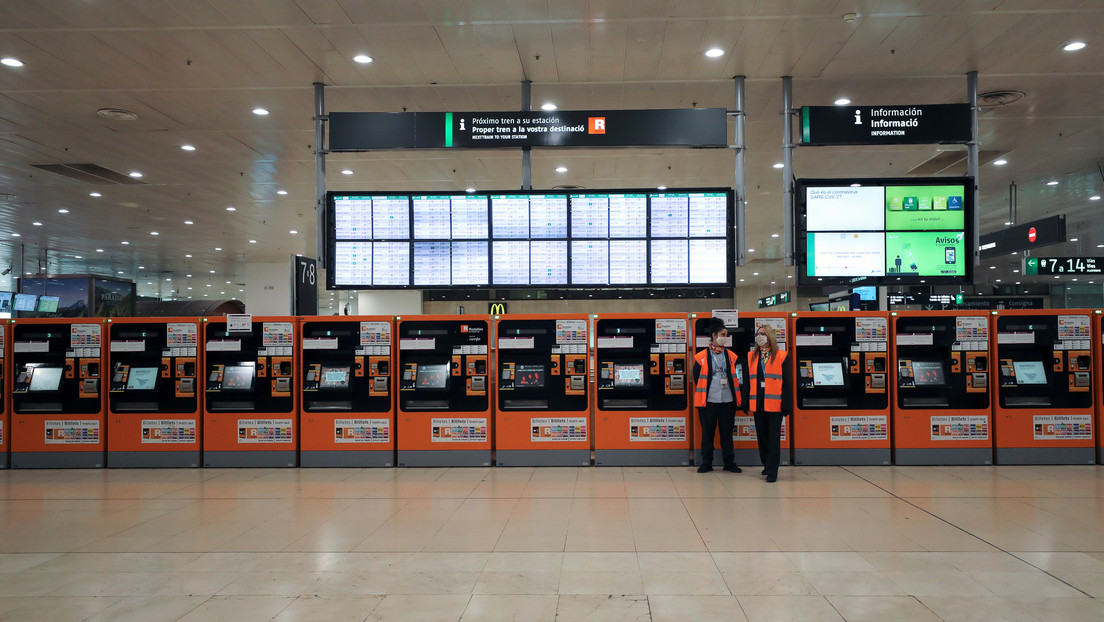 A security guard from the train operator Renfe assaulted a trans woman on Friday at Sants station in Barcelona (Catalonia, Spain), as shown in a video posted on social media by local media.

In the recording, we observe how a guard approaches from behind the victim, who is not wearing a shirt, and, although offers no resistance, reduces him with the help of two other companions, who hold him by both arms. Already on the ground you can hear how he’s crying.

It was then that one of the security agents involved beat him three times, which provoked the indignation of the witnesses. “Look what he did to me! The man yells at them, showing them one of his arms. After that, he stands up, kicks her in the leg and walks away from the place.

Antonio Carmona, spokesperson for Renfe, announced that the guard was expelled a few minutes after the incident, adding that an information file had been opened. “The necessary measures will be taken,” he added.

Apparently it all started when the girl felt uncomfortable about the presence of a TV camera, so she berated the operator who was carrying her for not recording it. At that moment, the private security agents of the Sureste company approached to speak to them.

Corn started a discussion and one of the guards would have turned out injured with an object, although it is not specified which one. In fact, it is reported that this would be the same person who subsequently punched the victim while he was on the ground.

The Mossos d’Esquadra (Catalan Autonomous Police) have opened an investigation into the case and are awaiting the testimony of the woman, who had to be transferred to hospital. For his part, Marc Serra Solé, Advisor for Citizen’s Rights and Participation of the Sants-Montjuïc district, checked the aggression of transphobia, lamenting that the guards shout “shut up sir”.

Did you find it interesting? Leave your opinion in the comments!

Disclaimer: This article is generated from the feed and is not edited by our team.